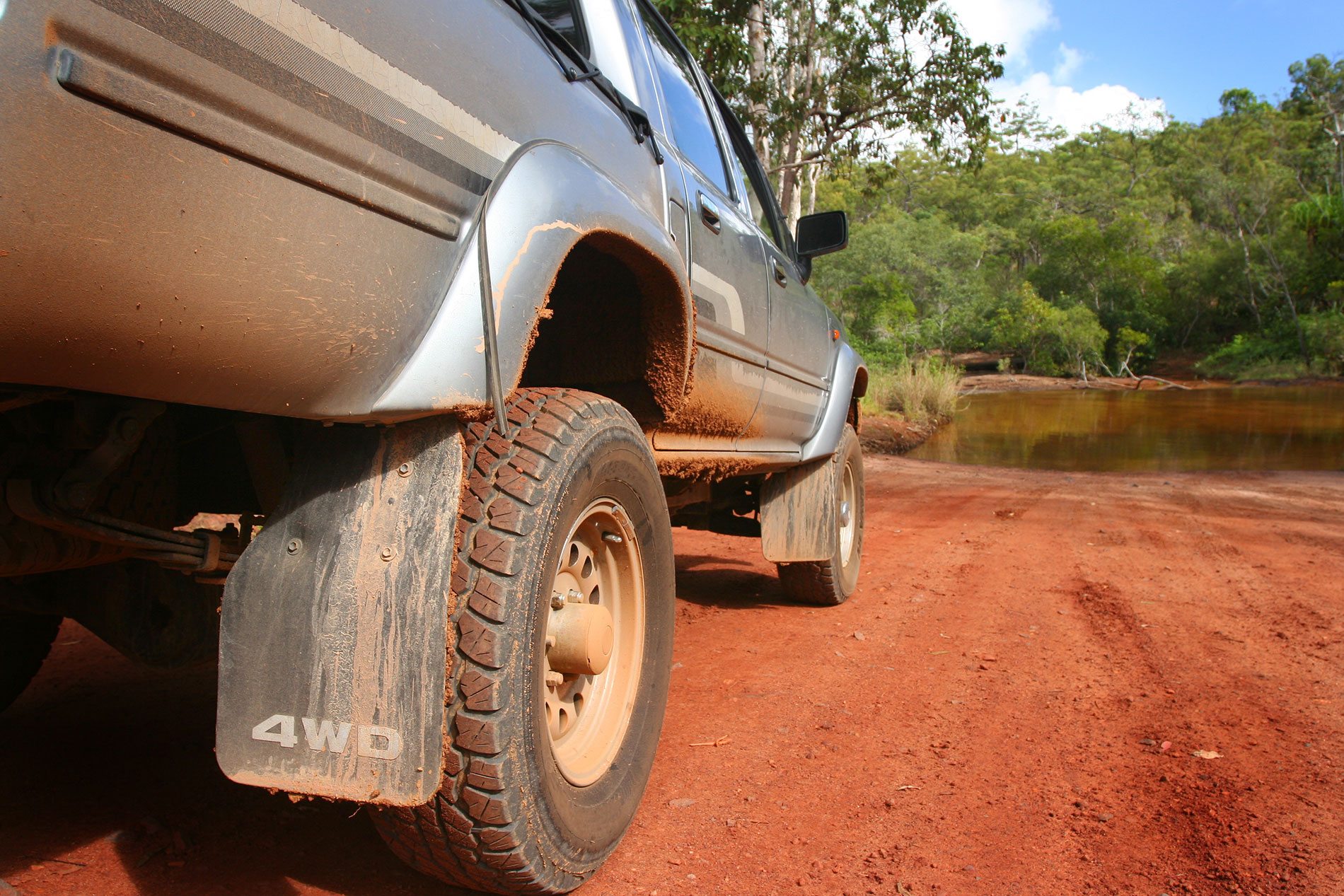 Titled “Operation Lift”, the Queensland Police were instructed to fine, issue Defect Notices and impound modified 4WD vehicles based on recently changed Queensland laws, which are now more restrictive than any other state in Australia.

Queensland 4WD laws were changed with no notice and they appear to be retrospective: motorists had no idea that vehicle lift modifications made legally last year to enhance the safety of their vehicles, may be illegal today. Many of these motorists who had responsible lift changes made to their 4WD vehicles were ambushed during this blitz.

What makes this even more difficult to understand is that the standard 50mm (suspension) plus 25mm (tyre) lift for 4WD vehicles with Electronic Stability Control (ESC) is now only considered outside the law in Queensland. This is despite the fact that it is a state that features some of the most rugged roads in the country.

A 75mm combined lift for ESC vehicles is a very modest lift that most 4WD owners use to ensure that the vehicle can tow caravans or boats and travel to remote and rural areas safely and reliably.  A 75mm combined lift is a safety measure and testament to this is the fact that most emergency vehicles have ESC along with 75mm lift modifications. NSW recently revised their lift laws and maintained that the modest 75mm lift will continue to be in operation for 4WD vehicles with ESC. Victoria also has the same law.

According to AAAA Executive Director, Stuart Charity, this action directly contradicts a recent undertaking made by the Queensland Minister for Main Roads, Road Safety and Ports, Mark Bailey.

“Only a couple of weeks ago Minister Bailey said that the Queensland Government had no intention of subjecting their vehicle owners to tougher regulations than the rest of Australia and that he supported national harmonisation. It has now become very clear that his Department has other plans.

“4WD owners that undertook a 75 mm lift late last year had a modification that was well within the law. Today that lift is outside of the law. But at no stage has the Department provided any evidence that a 75mm lift is unsafe and at no stage has an explanation been given as to why this modification was safe for ESC equipped vehicles in QLD in 2017 but is not considered safe in 2018 – why is it safe in NSW and Victoria and not in Queensland ? The situation is seriously beyond belief,” Mr Charity stated.

“The suspension industry is in total confusion because we were in negotiation with Queensland Government Transport and Main Roads (TMR) to supply computer simulation evidence to verify the ongoing compliance and safety of 75mm lifts when Operation Lift was launched.  Effectively the Queensland Police are now enforcing laws that TMR were still negotiating with our industry.

“Vehicle owners that had only just picked up their vehicles or driven over the border from NSW were suddenly pulled off the road and told that their vehicle is not legal in Queensland. One driver picked up a new 4WD that had been modified by the authorised new car dealer and 15 hours later his car was issued with a Defect Notice by the Queensland Police – it is a ridiculous situation,” Mr Charity stated.

As any 4WD suspension specialist or automotive engineer will attest, a 50mm + 25mm lift is very conservative. Many 4WD vehicles that tow a caravan or boat will have a lift of 50mm. That very same owner will most likely also change the tyres because 4WD vehicles are sold with urban tyres and if these cars are intended to be driven in rural conditions, larger diameter tyres will be required. A 25mm tyre lift is also very modest and substantially improves the vehicle’s safety. Based on the new TMR website wording, 4WD owners with a 50mm suspension lift are not allowed to change the diameter of the tyres, so you can now have one or the other, but not both.

Mr Charity adds, “The conservative 75mm lift is now put in the same basket as dramatically modified vehicles that we see on the road from time to time.  As a responsible industry, we have often encouraged governments to undertake action to get the extreme lift vehicles off the road, because extreme modifications are not performed by the responsible industry that we represent. But somehow the 4WD owners that have opted for the legal 50 mm+ 25mm lift to make their cars safer in rural areas, have been caught up in this TMR crusade.”

The AAAA recommends that any vehicle owner who has been issued with a Defect or Infringement Notice for a vehicle (with ESC) that has a maximum combination lift of 25mm tyres and 50mm suspension, write to the “Officer In Charge” of the Police station where the notice was issued. They should also ask for the Infringement to be reviewed, given that the TMR website provided guidance that a 75mm lift did not require additional certification and this was changed without informing the industry or the public.

The AAAA also advises any penalised Queensland based 4WD vehicle owners who are customers of a retailer or workshop that is a member of the AAAA, that these companies have access to the AAAA legal hotline to support them. The AAAA is also encouraging drivers with previously legal 75mm lifts to contact the Minister and their local Member of Parliament in relation to this frustrating situation.

In one week, more than 6,500 4WD owners joined a Facebook Group relating to this issue, with all of these QLD owners now about to make a direct representation to the Minister.

“These 6,500 people did the right thing, they had legal lifts performed by reputable and responsible suspension industry service providers. They did everything by the book and how they are worried and very angry – and they have every reason to be,” Mr Charity stated.

“I am calling on the Minister to meet with the suspension industry and representatives of the Queensland 4WD community. We understand that from time to time the Government will seek to get the extreme 4WD modifications off the road and we support that, but this is over-reach on a massive scale,” he added.